All They Need Now Is A Zombie St. Patrick Bringing The Snakes Back 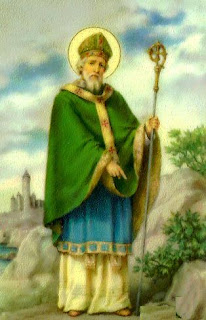 The Euro 2012 soccer tournament has just started and here in the Catican, we've decided to root for Ireland. They're decided underdogs, being in the same group as Italy and Spain, so the odds of them playing more than three games are pretty slim.

To get us in the mood, we're cooking Irish food, drinking Irish beer and listening to Irish radio stations. Thanks to the Tune In app on Android, your phone can pick up any station broadcast on the Internet. It's great.

I don't speak Spanish, Greek or Italian, so listening to their radio stations would be less enlightening, but listening to the Irish ones gives a little taste of what the Europeans are going through. It's all well and good to note their debt levels and payment problems and political wrangling, but it's another thing entirely to listen to an Irish talk radio station discuss which schools are going to close down.

We're not talking teacher layoffs, we're talking about entire schools being shuttered because the government blew through all its money. In the case of the Irish, they blew through their money when they decided to nationalize their failing banks, taking on debt loads they could never hope to pay off. It was an emotional decision, one made to preserve their citizens' savings. There was great kindness in the act, but the end result was to drag the whole country down.

So now they're living through the consequences and the results aren't pretty. Average, decent people who don't seem to have much fiscal or political knowledge are calling radio stations angry, frightened and bewildered that their kids' schools are shutting down. I've only listened for a day or two so I'm sure there are all kinds of other services that have been terminated.

It puts a human face on the budget graphs.
Posted by K T Cat at 7:36 AM

nice posting.. thanks for sharing.

nice posting . . thanks for sharing .