Why I'm Proud to Have Voted for George Bush

... because the choice was between Bush and Gore and then Bush and Kerry. Those were and still remain easy choices to make.

Reason 1: Geopolitics and oil aside, rescuing a nation from a murderous, tyrannical madman is a good thing. So is converting a sponsor of terrorism with massive oil reserves into a democracy. So is surrounding Iran with our allies. All three of them together is the trifecta. 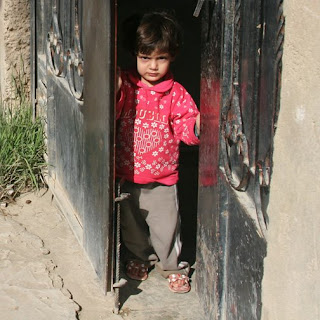 She is free to live a happy life. With Kerry or Gore, she would not be.
Reason 2: Despite the Republicans' horrific mismanagement of the Federal budget and regulation of the banking system, the Democrats would have been worse.

Obama said Tuesday the deficit appears on track to hit $1 trillion soon. Speaking to reporters after meeting with top economic aides, Obama said: "Potentially we've got trillion-dollar deficits for years to come, even with the economic recovery that we are working on."

The Democrats have lost all connection with private enterprise and the free market. Obama and Pelosi and Reid are going to decouple spending from income entirely. This is insane on any level. This is what the Democrats have been preaching all along.

Even in hindsight, I would confidently make the same choice again.
Posted by K T Cat at 5:54 AM

Even in hindsight, I would confidently make the same choice again.

Bush was ripe for being beaten in 2004. The democrats gave us the least electable person in the entire world. Kerry wasn't even as strong as his running mate.

MN, I have totally forgot who was his running mate. Says a lot about Kerry.

You are a fool

Well, that convinces me! Thanks for the tip, Anon!