Not a Fringe Group, but a Canary in the Coal Mine

I love how the media is going crazy trying to determine if the Tea Party movement is a bunch of white, racist, angry people or a violent group of angry white people. All of these attempts to classify this movement as "extremist" or "fringe" totally misses the point.

When bunches of middle-class, fully-employed, middle-age folks start gathering to protest national fiscal policies, you're headed for big trouble. If the situation has gotten to the point where adults who would otherwise be cleaning the leaves out of their downspouts or attending junior's baseball game start marching and chanting like a pack of agitated college students it's time to look into the reason behind all the fuss.

Talk radio? Hardly. I used to listen to Rush all the time. He hasn't gotten any shriller or louder.

Racism? Please. Call me when white-on-black violent crimes start climbing dramatically. (PS - anyone seen coverage of the assaults on the Asian students at South Philly High in the news media? No? How shocking.)

Outside funding of the movement? Ha. Look at the people doing the marching and guess what they make per hour. It's a lot cheaper to rent a mob of college students who make minimum wage than it is to rent a mob of professionals who make $80-120K a year.

Anyone who attributes the Tea Party movement to anything other than deep-rooted fear of our fiscal insanity needs to take remedial math classes and then check out loan payments vs. interest rate tables somewhere around the $20,000,000,000,000 column. 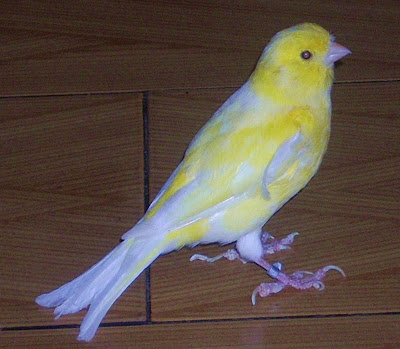 Cheep! Squawk! Gaaaaaack!
By the way, Treasury auctions went badly this week. I blame racism.
Posted by K T Cat at 7:11 AM

KT,
Spot on. The San Diego Tea Party is largely led by three "soccer mom" type ladies, on of whom is a registered Democrat! You have to work really hard to earn that kind of enmity from what should be your natural base. (Hope the ladies don't take offense, but I honestly would have never seen this level of involvement of ordinary citizens before this. And they are DEDICATED!)

Hahahahahahahahaha: "By the way, Treasury auctions went badly this week. I blame racism."