... other than rushing off to sacrifice more goats to Demeter because the rains didn't come.
Today, I'm going to do something I will regret later - slightly disagree with Don Surber and Bookworm from Bookworm Room. Both linked to me and I'm repaying them with a scratch on the leg because that's the kind of cat I am.
Don suggested the Democrats have a plan.

Democrats have planned this BLM rioting for a long time, and have actually held test runs in Ferguson, Missouri, and Baltimore. Apparently, they are satisfied with their finished product.
But the breaking of windows has been going on for some time. First, Democrat mayors and the like stop enforcing drug laws. Then they make it OK to pee in the street. In California, the state government stopped enforcing shoplifting laws. Los Angeles started allowing hobos to put up pup tents.
This is the Democrat plan for America.

This isn’t just a case of Democrat politicians paving the way for their violent footsoldiers by making the conditions easy for a breakdown in law and order. Instead, across America, Democrat politicians are doing something new: They are inciting the masses to break the windows. We aren’t witnessing an oppressed people rise up against a totalitarian politician class. We are, instead, seeing a political class that has its hands on some levers of power, using the mob against those people who still cling to the rule of law and their increasingly limited freedoms.

I disagree. There is no plan.

Let's get the compulsories out of the way with an excerpt from this post wherein I suggest a single metric to determine the health of America.

If you love someone, you don't want to see their children grow up illiterate.
OK, on with the show.

The Pagans Sacrifice Their Goats

Like sacrificing goats to Demeter, the riots and demonstrations are an act of paganism - they are useless appeals to things that don't exist. That much was instantly obvious when no one rallied on the side of the Minneapolis cop what killed George Floyd. If there's only one side in a shouting match, you're not having a heated argument, you're having a mental breakdown like a schizophrenic drug addict screaming at the sky.
While people marched and held signs and knelt and begged for forgiveness, I wondered what we'd do 6 months from now when it all happened again. There is no Demeter and all we did was kill some goats. What's our encore, throwing virgins into volcanoes? Nothing changed because the underlying culture didn't change. There are no more intact, traditional families now than there were before. Without them, civilization crumbles.
Race is meaningless. Racism is irrelevant. You can tell this when you look at the demographics of the most dangerous cities in America. The worst place to grow up black is a city where there is no chance of "systemic racism" because the systemic racists aren't around. 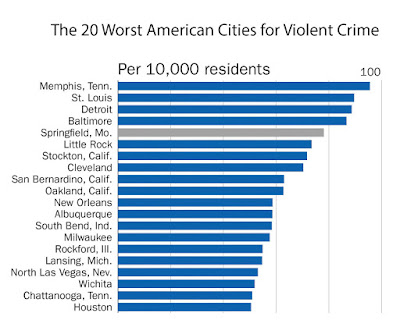 What we're seeing is a manic, pagan spasm with all of the attendant logic, forethought, planning and strategy, which is to say absolutely none. The rains didn't come, so we rounded up all our herds and burned a 30' high pyramid of dead goats.

The Key Question For Don And Bookworm

Now what? If the Democrats had a plan, they'd have gamed out the current scenario. They clearly did not. They are only now beginning to realize what they've done.
While the city council in deep, deep blue Minneapolis is still voting to defund the police, the ultra-hip boy mayor is beginning to freak out at scenes like this.

A recent gunfight in the streets of Minneapolis.

You can tell there's never been a plan because things are starting to go sideways for the Democrat establishment, particularly the mayors and governors.

(T)hey actually have to do something real - maintain a vaguely-functioning society in their blue cities. While the media and the rest have no stake in whether or not Taniqua can walk to a CVS for her prescriptions, living in the untouched suburbs as they do, the Ds do have a stake in it.
Further, even they have to understand, at some dim level, that they can't do this without a police force to maintain some amount of order. Oh, sure, you can pull the cops out of black neighborhoods and close your eyes as the murder rates skyrocket, but you still need stores with stuff in order for your citizens to survive.

This is only the beginning and it's why the polls mean nothing right now. The landscape will be very different in about two months.

If you're at all competent and productive, you'd have to be a total idiot to stay in Minneapolis, Chicago, Portland, Seattle, Los Angeles, New York and a half dozen other progressive cities. There's a part in that (Chicago aldermen and mayor) phone call where one of the aldermen muses about what will happen when the wild young men make their way into the residential neighborhoods where lots of people are armed. He's concerned that people will be shot. Yes, they might be shot today, but tomorrow, they'll find "For Sale" signs on the front lawns.
It's all dramatic and macho to talk about defending your home and family with guns, but it's not how anyone wants to live. You work all day to pay your mortgage and support your family. When you come home, there's a list of honeydos you have to tackle. The weekends are spent attending youth sporting events and fixing things around the house. Who wants to do all that and have to lay in bed at night waiting for noises that mean you need to grab your Glock and defend your home? Why not just move to a place where there aren't so many fatherless young men?

Previously, I said the Democrats were falling off the tiger, but stay with me because the payoff to this interminable self-indulgent prose comes after this ego-stroking blog excerpt.

The Democrat leaders are tasked with managing this population while our news media, education system and entertainment industry do their best to keep them enraged about phantom discrimination. At the same time, the cops are bailing, the cities are damaged, rebuilding prospects are dimming and their tax revenues have dried up thanks to their own draconian lockdown policy responses to the Wuhan Flu.
IMHO, the Summer of Anger is just beginning in the blue cities. They're falling off the tiger and are going to be eaten.

The worst part is not that the Democratic establishment is falling off the tiger, it's that they didn't know they were riding one in the first place. These people are legitimate pagans. All of them. The press, the academy, Hollywood, all of them. All you need do is look at the crime and education stats for a moment and you can tell that race is meaningless and family structure is everything. You'd have to be a religious nut to cling to the race narrative. They are nuts and that's why their solutions don't work.
They have no plan because they don't have a functional model for the world. In their post-modernist rejection of logic and objective Truth, they deny that functional models even exist. You can't plan in an environment like that, you can only sacrifice goats.
Dead goats don't help kids learn how to read. There's a price for that which we are all paying now.

H/T: Melissa Tate put this thought in my head with this video.

Two black women make a plea to white people to stop apologizing for being white & bowing down to black people in #whiteguilt propaganda being promoted by the liberal machine.

Apparently it is even worse than you and I think...

You wrote “you'd have to be a total idiot to stay in Minneapolis, Chicago, Portland, Seattle, Los Angeles, New York and a half dozen other progressive cities”. I agreed as I read that. But then I remembered that you had posted a graphic with a list of the worse 20 cities just above, that I had read though. But none of the six on your list made the worst 20 list on the graphic (although I will concede in advance that any that defund or disband their police will zoom down into the list unless those cities do likewise, in which case the race to the bottom may closely resemble what happens when someone in a barrel goes over Niagara Falls). Nonetheless I think you should change your statement to read ‘...and more than a dozen and a half other...’.

I am truly stunned, and deeply saddened, that 20 cities are worse than Chicago. When (if?) we fix this, we may need to seriously consider banning the Democrat Party and all its members, like Germany did after WWII.