About That "Reset" Button 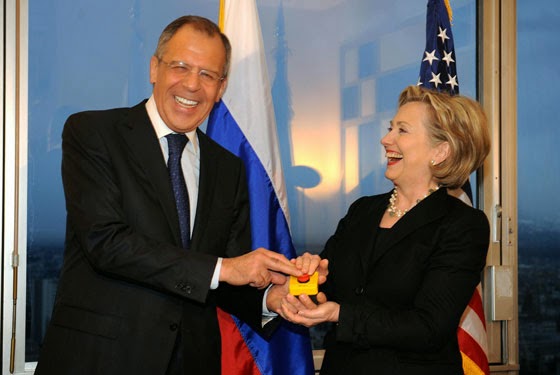 The label on the button, in Russian, was supposed to say, "Reset," but instead it said, "Overcharged." I'm not sure that was a mistake so much as a double entendre. Hillary as Secretary of State ran an email server inside of her house and did all of her business from there where no one could monitor what she was doing. While Secretary of State, foreign governments poured millions of dollars into the Clinton Foundation. After she left office, she's pulled in 6-figure payouts for canned speeches all across the country while her inexperienced and semi-skilled daughter was similarly paid by a major news organization.

That button was a symbolic start to her career.

Her career as a Russian-style mafia queen.

High government officials and well-connected, cooperative industrialists becoming rich beyond the dreams of avarice is the end state of fascist countries that don't go in for world domination.
Posted by K T Cat at 5:47 AM

What skill does Chelsea Clinton have?

Well, she's a member of the royal family, does that count?