A Little More On That Greek Referendum

Two caveats. First, Ambrose Evans-Pritchard, quoted below, likes apocalyptic scenarios and dislikes the EU. Second, it's possible that the Greek Parliament may find a way to stop the referendum on the debt deal before it goes much farther. Having said that, Ambrose made some good points in his column yesterday afternoon.

The spokesman of French president Nicolas Sarkozy ... said the move was “irrational and dangerous”. Rainer Brüderle, Bundestag leader of the Free Democrats, said the Greeks appear to be “wriggling out” of a solemn commitment. They face outright bankruptcy, he blustered.

Well yes, but at least the Greeks are stripping away the self-serving claims of the creditor states that their “rescue” loan packages are to “save Greece”.

They are nothing of the sort. Greece has been subjected to the greatest fiscal squeeze ever attempted in a modern industrial state, without any offsetting monetary stimulus or devaluation.

The economy has so far collapsed by 14pc to 16pc since the peak – depending who you ask – and is spiralling downwards at a vertiginous pace.

The debt has exploded under the EU-IMF Troika programme. It is heading for 180pc of GDP by next year. Even under the haircut deal, Greek debt will be 120pc of GDP in 2020 after nine years of depression. That is not cure, it is a punitive sentence.

... The Greeks were made to suffer IMF austerity without the usual IMF cure. This was done for one purpose only, to buy time for banks and other Club Med states to beef up their defences ...

(L)ike the Spartans, Thebans, and Thespians at the Pass of Thermopylae, the Greeks were sacrificed to buy time for the alliance.

I would argue that the cause of the credit crisis has been a societal one - a belief in a secular Santa Claus. If you voted the right way, the government would shower gifts upon you, gifts that came from ... from ... from, well, from somewhere. Perhaps it was magic. In any case, you didn't have to work and save, you could just have what you wanted. Sort of like that magic piece of plastic you carry around that lets you buy whatever you want, only with many fewer and much smaller bills sent to your door. 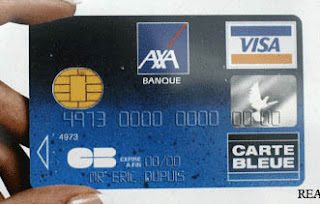 The dream of every OWS protestor. Magical money.
So the Greeks have been getting a good, old-fashioned caning for doing exactly what the rest of Europe, the US and Japan have been doing for decades. We're teaching them a lesson and looking on them in scorn for having done it faster and more flagrantly than we did. Why shouldn't they call a referendum? Why not flip all of their creditors the bird and go back to the drachma?

You don't think we're going to pay our creditors back, do you?
Posted by K T Cat at 6:37 AM

Very good, let's give them a little credit for providing us recon of our own path.