The Law Of Unintended Weapons Consequences

When elections no longer matter because the government can make laws on whim and simply disregard the rules, the voters and logic, then I've got a real problem with that. That's happened over and over lately with ObamaCare, our now-open borders, gay marriage and much more. We voted against all of these things, but they happened anyway.

The cops aren't coming if you call.

MINNEAPOLIS — More than 150 Minneapolis police officers are filing work-related disability claims after the death of George Floyd and ensuing unrest, with about three-quarters citing post-traumatic stress disorder as the reason for their planned departures, according to an attorney representing the officers.

In blue cities, the mob has the backing of the government.

(L)aw enforcement officials in St. Louis served a warrant on Mark and Patricia McCloskey, the St. Louis couple that brandished guns when an angry mob trespassed on their property and allegedly threatened them with violence. St. Louis police officers reportedly executed a search warrant and seized the rifle Mark McCloskey held during his confrontation with the mob.

This is not going to end well. 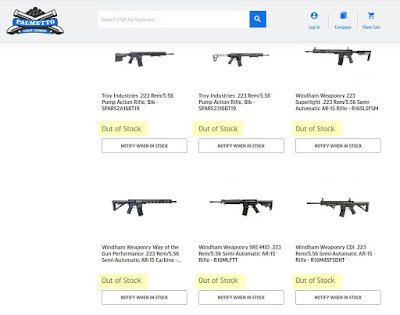 So what happened to the 2nd? Can the McCloskeys sue? Do they have other guns in case the mob comes back? I see they have to fork out for private security now after paying taxes for a police force that is on the other side.
Any road up as they say in Yorkshire, here's the wonderful Roger Kimball with a more optimistic outlook than many.

As the old saying goes, you can indict a ham sandwich. 2A doesn't prevent the progs from filing nuisance charges. The McCloskeys will get off, they might even successfully sue for the frivolous court case. Still, the damage will be done and others who might have considered protecting themselves in St. Louis will decide not to try. Instead, the smart ones will leave.

My question: Do the progs realize this? If so, are they going full Satan from Milton on us? "It's better to rule in hell than serve in heaven."